AB Dynamics launches the SPMM Plus 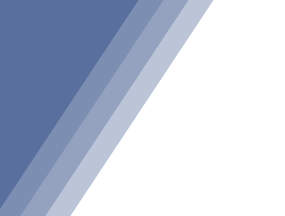 The SPMM Plus is a next-generation kinematics and compliance (K&C) test machine developed to become a critical tool for vehicle manufacturers as they shift to virtual testing and validation.

The DSC Conference gathers driving simulation specialists from the industrial and academic communities as well as commercial simulation providers. AB Dynamics showcased its integrated software and hardware toolchain which is consistent between its expanding range of track test products and driving simulators that together enable efficient evaluation and validation of ADAS and autonomous driving technology at Stand 15. The company’s experts also explained the broad range of benefits offered to automotive and motorsport industries by its advanced Vehicle Driving Simulator (aVDS), which has achieved widespread adoption, including by automotive research institutions in Europe and China and in Formula OneTM by Alfa Romeo Racing.

An accompanying presentation was delivered by Dr. Adrian Simms, Business Director (Laboratory Test Systems) at 5pm on Wednesday 4th September at the conference, which touched on the challenges posed by effective ADAS and AV testing and the solutions provided by AB Dynamics.

“Driver-in-the-Loop (DIL) capability, as offered by the aVDS, is absolutely essential for the efficient assessment of ADAS and autonomous functions at an early development stage; it reduces the reliance on prototyping and risk of conducting real-world scenario testing, both accelerating development time and lessening associated costs,” explains Dr. Adrian Simms. “Adoption of the aVDS by the Chinese Automotive Technology and Research Centre (CATARC) and by Hochschule Kempten’s ‘Adrive Living Lab’, which is focused on the development of autonomous driving demonstrates the growing importance of streamlined vehicle and technology development times.”

AB Dynamics’ family of simulator products, which comprises of workstation, static and high performance platform options for both automotive and motorsport applications, provides organisations with the ability to fine-tune characteristics such as vehicle dynamics, ride handling, ergonomics, driver behaviour and powertrain refinement, as well as developing ADAS and autonomous technology.

The simulator’s versatility, which allows the potential to interconnect multiple systems worldwide, enables vehicle systems and configurations to be quickly tested in various driving environments with a driver in the loop. This driver immersion is essential for collating subjective and objective feedback to assess ADAS interaction and is enabled by low latency dynamics and feedback, and precise visual, audio, haptic and vestibular cueing. This also makes it perfect for motorsport utilisation and is a valuable tool for racing car development, driver familiarisation and chassis fine-tuning.

“The industry is shifting rapidly towards virtual testing and validation, and the SPMM Plus is a key tool in that process. Its superior level of accuracy directly translates into better correlating vehicle models, which can be exported in one-click directly into the popular modelling packages. Importantly, in this latest generation of the SPMM, we have also made it Hardware-in-the-Loop (HiL) capable, further increasing its value in an OEM’s virtual development toolchain.”

Commenting on the launch, Matthew stated: “The first SPMM was manufactured nearly 30 years ago and has become an industry-recognised test rig, we have developed the Plus in response to the challenges facing our customers. On top of the launch itself, I’m also proud to announce that a major Japanese OEM has invested in the first rig, and it is currently in the process of being installed.”